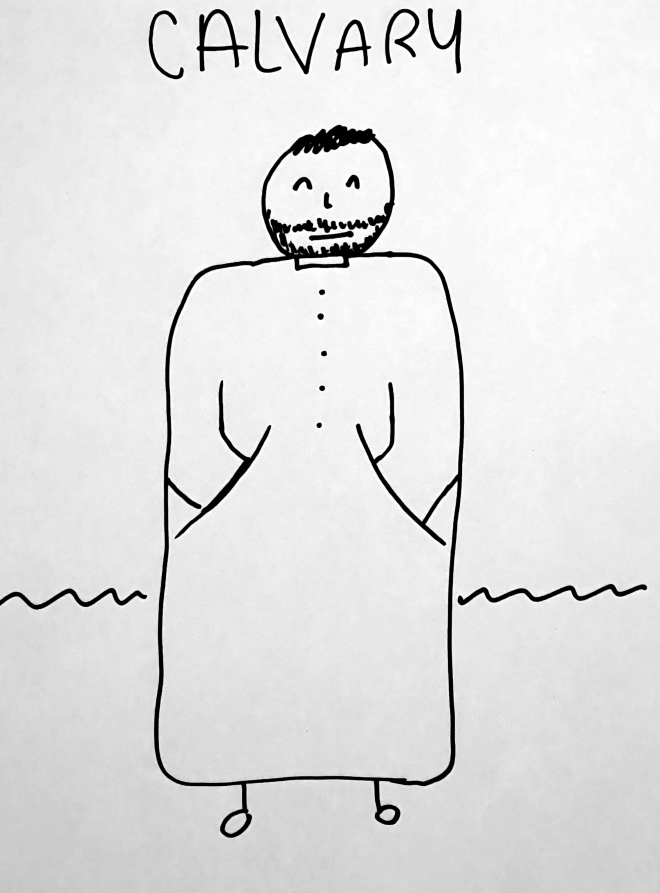 My One Line synopsis

A priest is given a week to do his priest-y things before meeting his killer on the beach.

Brendan Gleeson is an amazing actor and really nails this part. My Nan was banging on about this movie for ages trying to get me to watch it. I don’t know why I resisted for so long! I’m a big fan of the writer/director John McDonagh and his brother Martin’s work. Their scripts favour insightful interactions over action sequences and I’m here for it. I hope they keep using Mad Eye Moody in their movies. (Say “Mad Eye Moody in their movies” quickly 5 times)

2 of the “parish” that come into it are a bit off. The male prostitute who is a bit manic, what’s going on there?! And then Aidan Gillen. I’m not sure if it was intentional for the character but every time he was on screen, I felt like I was watching really bad acting… which can’t be right because it’s Aidan Gillen, right?

The Award Goes to…

Best father and son scene. I know they’re actors and it’s their job but, I’d feel like such a tool if I was playing a serious murderer character and my Dad was sitting across from me dressed as a priest. Well done to Domhnall and Brendan.

The character (I’m trying not to spoil anything) that threatens the priest in the opening scene is not the real actors voice. They chose a similar but not exact voice so there would be no spoilers.

I’m guessing if you’ve watched Calvary you’ve seen The Guard but if not, hook into that. I also recommend John’s brother Martin McDonagh’s movies.