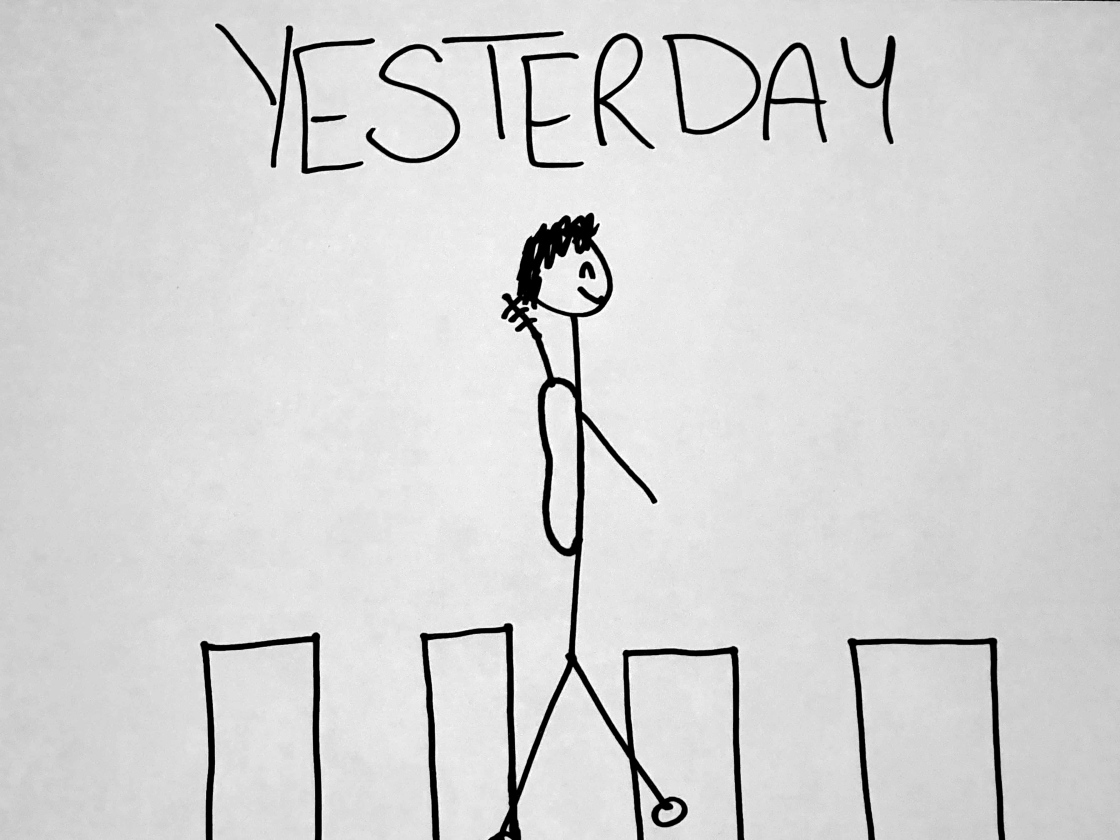 My One Line synopsis

A bloke with no song writing talent rides The Beatles coattails, meets John Lennon but doesn’t say anything.

The music. Obviously. I immediately go and listen to nothing but The Beatles for a week after watching. I think it’s a great idea of for a movie, but I also really love the fact that it’s not just The Beatles that people don’t remember. Finding out about Coca-cola and Harry Potter. Imagine trying to recreate the Harry Potter series! But the one that made me laugh was when in America they said he was going to be on “Thursday Night Live”.

Is Jack Malik a likeable character? I got quite a few “dickhead” vibes from him. I still wanted everything to go well for him… but he could be a bit nicer or happier from time to time. Even pre fame he was a bit of a dick. I don’t know why Lilly James was into him.

Ed Sheeran = amazing singer/song writer. Ed Sheeran does not equal good actor. Why do people keep letting him act!? Even when he plays himself it’s like watching paint dry. That’s my main gripe with the movie.

My minor gripe is the movie drags on a bit. Tighten it up and we’ve almost got another Mamma Mia on our hands.

The Award Goes to…

Biggest missed opportunity ever. As if they didn’t include “I Am the Walrus” in there! It’s honestly The Beatles greatest song.

Ed Sheeran’s role was originally intended for Chris Martin. Which was to go nicely with the “well it’s no Coldplay” joke, but scheduling conflicts didn’t allow. I wonder how Chris would have gone?

Ooooph so many! Mamma Mia, Bohemian Rhapsody, Rocket Man, Jersey Boys. Pretty much any movie with good music that you’re not too worried about the quality of the script.